Larissa Merkley is Extreme Coating Solutions’ newest team member! She comes to us with a background in accounting, communications, and marketing and we aim to fully utilize her for those skills.

She has joined our team as Customer Service Coordinator overseeing productions in the warehouse to ensure our customers receive products in a timely manner and to their highest standards (or beyond!).

Larissa’s keen eye for detail and strong organizational skills are a great example of ECS’ high-quality of standards. She will be utilizing these abilities as she assists the Accounting and Marketing departments to keep them running as smoothly and efficiently as possible. From product inquiry to shipping, Larissa is committed to guiding customers through each step of the process. Although Larissa is new to the world of coatings, she brings a level of earnest enthusiasm that demonstrates her ability to learn quickly. She has already become well-adapted in her short time with us so far.

“I’m so excited to be a member of ECS’ team of skilled, caring professionals. To have both the opportunity to utilize the skills I have acquired over the years in multi-faceted ways and to have the potential to grow alongside this company is invaluable.  Not only does ECS honestly care about the quality of work and service they provide, but they really care for their employees too. And that makes all the difference.” 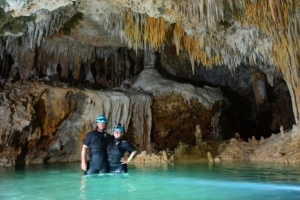 In her spare time, you can find Larissa and her partner, Adam, running through the local parks and trails in Kansas City or tending to their vegetable garden at home. (When not in quarantine.) The pair focus their free time traveling to places new and familiar. They love visiting Larissa’s home-state of Colorado to see friends, family, and unplug with hiking and camping in the National Parks. Recently checking their first beach trip off their bucket list, they are always looking forward to their next adventure together!

We are thrilled to have such a hard-working and fun-loving employee like Larissa join the Extreme Coating Solutions Team and look forward to watching her grow with us! 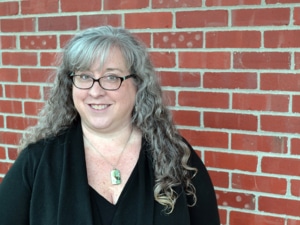 Angela Conrow has been working at Extreme Coating Solutions since September 2019. Originally, hired for bookkeeping & customer service roles, Angela has been promoted to be the Controller as well as HR, inventory and compliance. Angela is also overseeing key management initiatives in the company’s strategic plan.

When we asked Angela about her efforts at ECS, she said, “The opportunity to work for Extreme Coating Solutions has been a revelation.” In addition to serving as the Controller, Angela has been very involved with optimizing ECS’s new NetSuite ERP Software system. “It has been fun and gratifying to lead the efforts to further optimize how we use our system to streamline our processes and create a solid foundation for growth we are planning for the next decade.”

On the personal side, Angela is a Kansas City native who graduated from Lee’s Summit High School. After graduating high school, she lived and worked in New York City. She went to college at the Fashion Institute of of Technology for a degree in Interior Design. She graduated during a recession and added office management and bookkeeping to her professional resume. Her last project in New York City was owning and operating a custom home furnishing store for kids called Plain Jane. 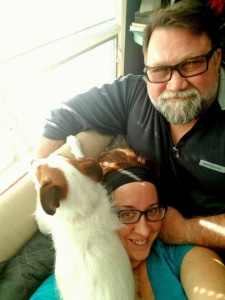 Angela moved back to Kansas City in 2008. She worked for the Kansas Sampler/Rally House as Office Manager, Bookkeeper and HR, helping grow their company from five stores in Kansas to 27 stores in five states by 2013. This experience was instrumental in preparing her for her position with Extreme Coating Solutions.

She enjoys live music, traveling to see family in Mid-Missouri, trying new restaurants, and discovering flea market treasures. Big news… She is engaged to be married in September 2021! She’s bringing a dog named Gidget, and he is bringing a cat named Ella to the family.

Jim Stuelke said, “Angela has been a great addition to our team. She handles her responsibilities well and does so with thoughtful intuition and decision-making. Things I respect and appreciate.”